In this fantastic session, Ant shares some tips and inspiration for jazz guitar players of all levels and lets us in on his unique way of playing with his guitar tuned in 4ths!

Ant’s been described as “An innovator” and “A gamechanger” by The Guardian. Based in the UK, Ant lives in London where he leads the Ant Law Quintet.

In 2013 their debut album ’Entanglement’ was released to great acclaim, followed by ‘Zero Sum World’ (with Whirlwind Recordings) in 2015 and ‘Life I Know’ (with Edition Records) in 2018, receiving 5 star reviews and airplay across the UK, Europe, and Australia.

Ant plays in Tim Garland’s band with Jason Rebello & Asaf Sirkis, featuring on various albums including ‘ONE’ which was shortlisted for a Grammy and won the Jazzwise Best Album award. He has worked with other notables Cory Henry, Thomas Gould and is featured from time to time in “Total Guitar”, “Guitar Techniques” & “Guitarist” magazines. In the latter he recently made a list of “10 Astounding Virtuosos”. Ant’s fourth album was just released this year on July 24th, “The Sleeper Wakes“.

Check out this interview either watching the video at the top of this page or in the audio version below:

Stay up to date with all things Ant Law! 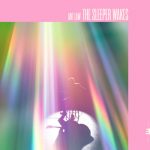