and Jaw-Dropping Speed On Your Guitar.

“I thoroughly enjoyed this course and loved the lessons – each has clear purpose and moves your technique forward. I’m playing faster, but more importantly I’m playing with better articulation, clarity, and coordination… Even at slower tempos the lines I’m executing are tighter, and telling a better story. I would recommend this course for anyone. In fact, I wish I’d got this sort of training when I was more of a beginner player –  I would have developed better technique right from the jump.”

“Greg and Stu, I really enjoyed your Fast Lane: The Total Technique Roadmap for Guitar course. We were presented with a treasure trove of living examples of the common problems guitarists face, and the ways to overcome them. We got the “Fast Track” to our new levels of playing facility, using your combined decades of experience. Thanks for a top course and please keep up the good work!”

“Before doing the course, I was aware that my technique wasn’t good enough – I lacked speed, unable to play higher than 90 BPM, which is not fast enough for jazz. The Fast Lane course is very comprehensive, systematic, and offers a a lot of opportunities to improve. I really benefited from this course, and I think it is really worth the money I spent.”

The First Ever Complete A-Z Guide to Building Your Technique on Guitar – FAST.

In a nutshell, Fast Lane: The Total Technique Roadmap for Guitar,  is a revolutionary step-by-step program in which you’ll learn the secrets of playing fast, playing effortlessly, and developing rock-solid coordination on your guitar.

Too often, the bottleneck to a guitar student’s progress is technique. If you can’t change chords quickly, play lines at fast tempos, or pick accurately without missing notes, you’ll find that your guitar journey will quickly come to a grinding halt.

This course has been designed from the ground up to give you the essential exercises and approaches for quickly supercharging your technical skills on the guitar so you can finally unlock your musical potential – and be a force to be reckoned with on the bandstand.

– Professional Guitarist, and Founder of 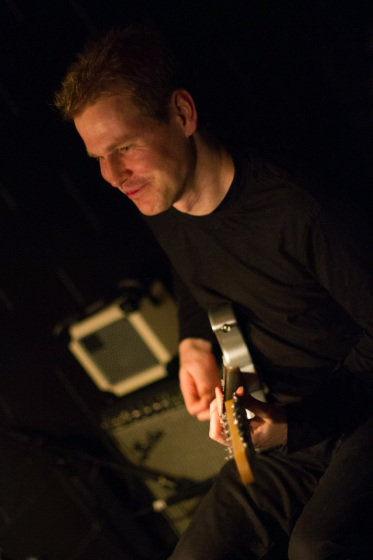 “Hi, I’m Greg O’Rourke, founder of FretDojo.com – one of the most popular guitar websites online today. I have over many thousands of subscribers to my website from all across the world, and am now also an established author, with my book The Easy Guide To Chord Melody Guitar that I collaborated on with my good buddy Matt Warnock becoming an international bestseller. My website has helped thousands of people improve their guitar playing, and I’ve been featured on several high profile guitar websites including Jazz Guitar Online, Fundamental Changes and Takelessons.”

Check out one of Greg’s highly acclaimed Youtube performances on the video below:

Stuart King is a guitarist and composer with over 25 years experience as a performer in an array of settings ranging from classical and contemporary through to jazz.

Stuart graduated from the Australian National University with a Bachelor of Music in 2005. Since then, Stuart has worked as a freelance musician and performs regularly as a bandleader, sideman, session guitarist and featured soloist.

In 2016, Stuart released his debut album ‘Qualia’ (which Greg co-produced and also played on) comprising of original compositions which have been featured and broadcast nationally on ABC Radio.

Greg has brought Stuart on as a special collaborator of this course due to his supreme skill with plectrum and hybrid styles – simply put, Stuart is one of the fastest guitarists in Australia.

Check out one of Stuart’s tasty performance of Midnight Blue on the video below:

What YOU will be able to do as a result of this course:

– Pick, fingerstyle and hybrid approaches are covered in detail in this new course – learn them all or just focus on what suits your playing the most

10 Hours of pre-recorded video lessons with backing tracks, diagrams, and sheet music. Watch the video lessons anytime, from any device!

Every lesson includes a step-by-step checklist to keep your study and guitar practice on track.

Special offer: Join the course now and access the materials as long as you need them!

Some of the tips inside this course include:

Great! I want to learn the secrets of the “fast track” to building my guitar technique…