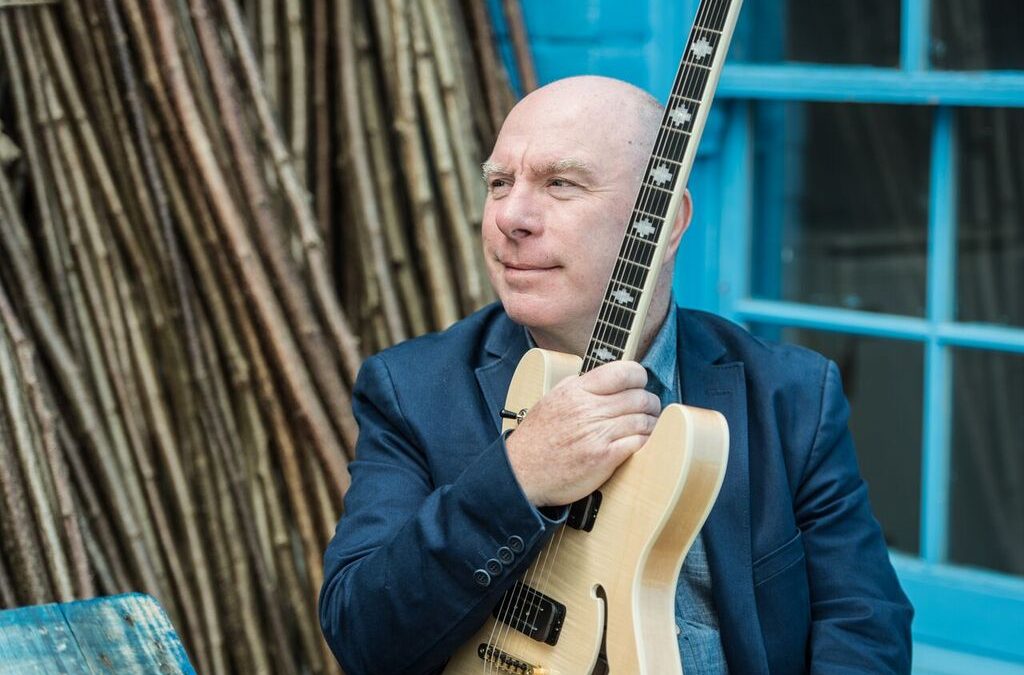 Big News – Carl Orr To Be Artist In Residence For FretDojo!

Exciting news today: Carl Orr is going to be the official Artist In Residence at FretDojo for the next few months!
Which means Carl is going to be collaborating with me on courses for the FretDojo Academy membership, as well as bringing on fantastic guests artists for the podcast, recording Youtube videos and more.
Carl has performed and recorded with some of the finest musicians on the planet including Billy Cobham, George Duke, Ernie Watts, Randy Brecker, Gary Husband and Bennie Maupin.
He is a regular at London’s legendary Ronnie Scott’s Jazz Club in his own band and as a member of drummer Mark Fletcher’s supergroup “Fletch’s Brew”.
Carl has taught guitar at The Australian Institute of Music, Brunel University, Middlesex University, London Centre Of Contemporary Music and The Academy of Contemporary Music.
A prolific composer, Carl has recorded eight albums as a leader and is featured on albums by Billy Cobham, Fletch’s Brew, Geoff Eales and Nathan Haines.
In this special podcast, I introduce Carl to FretDojo so you can get to know about his incredible career – and he also gives some great tips out of the gate that you can instantly apply to your own guitar practice.
To get instant access to a structured online curriculum for learning jazz guitar that features courses by Carl and other top guitar instructors, go here: https://www.fretdojo.com/signup-offer/
Podcast episode URL: https://www.fretdojo.com/podcast012/
*For more jazz guitar lessons, tips and free stuff, visit https://www.fretdojo.com 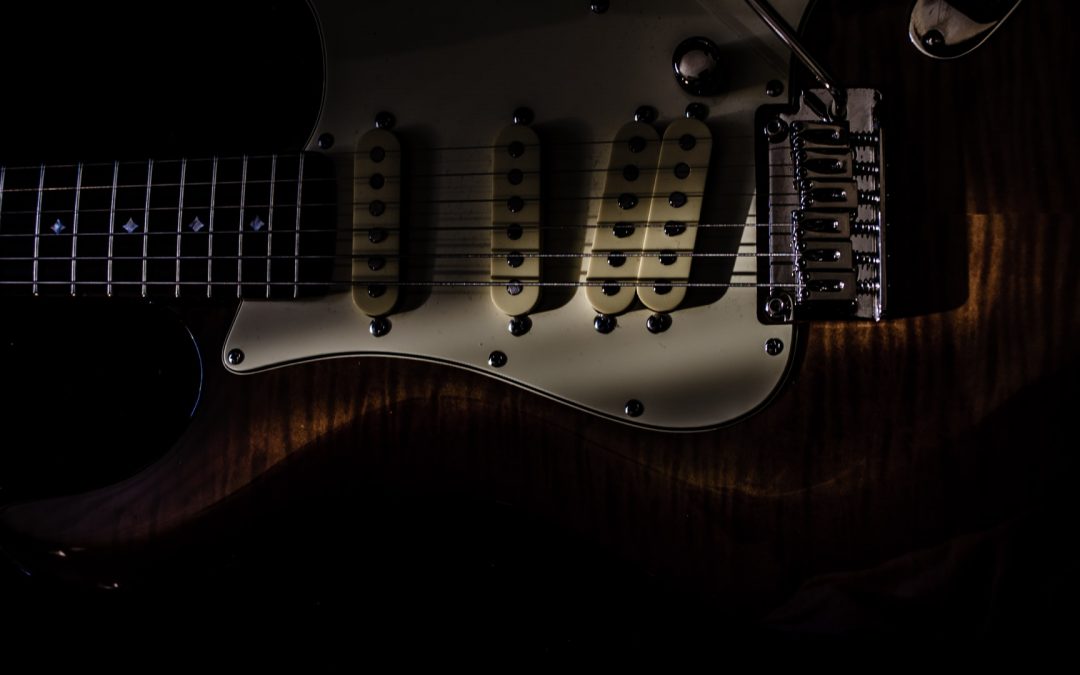 How Hard Is It To Learn Jazz Guitar?

The Problem With Modes (and the solution) 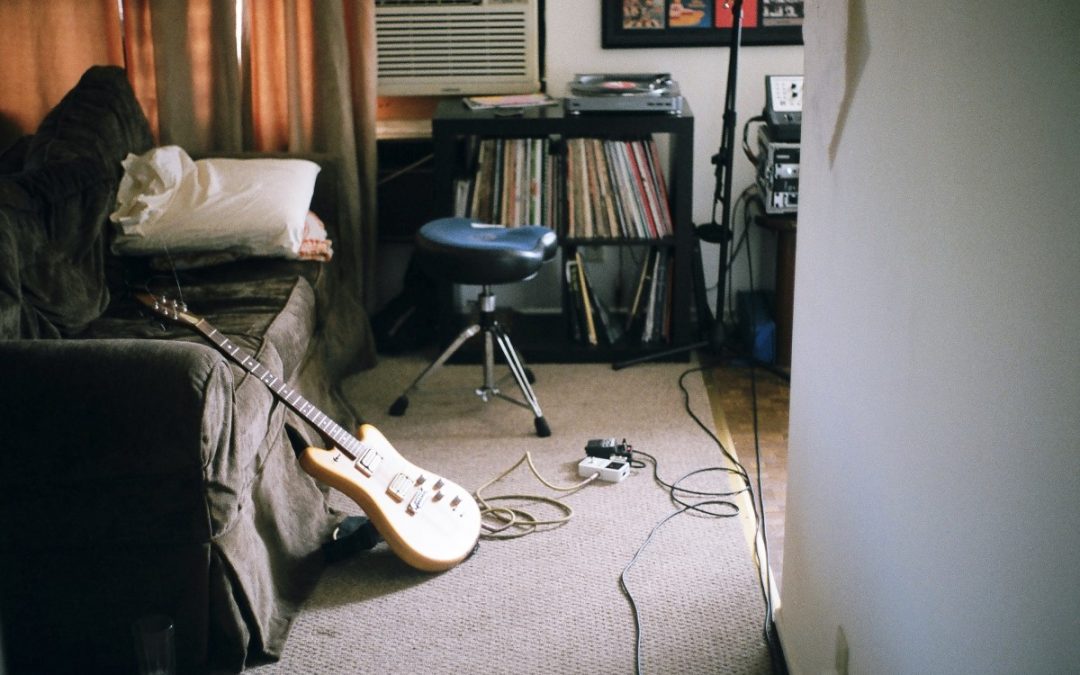 3 Reasons Why Playing Guitar Is Good For You Right Now

In this episode of the FretDojo.com Podcast I want to talk about three reasons why playing guitar is good for you. I’m recording this at the start of April, 2020 and there’s some pretty stressful stuff going on as well as facing living in never-seen-before circumstances. It’s important at times like these that we set aside time for a calm, creative pursuit.
To get instant access to a structured online curriculum for learning jazz guitar, go here: https://www.fretdojo.com/signup-offer/
Podcast episode URL: https://www.fretdojo.com/podcast008/
*For more jazz guitar lessons, tips and free stuff, visit https://www.fretdojo.com 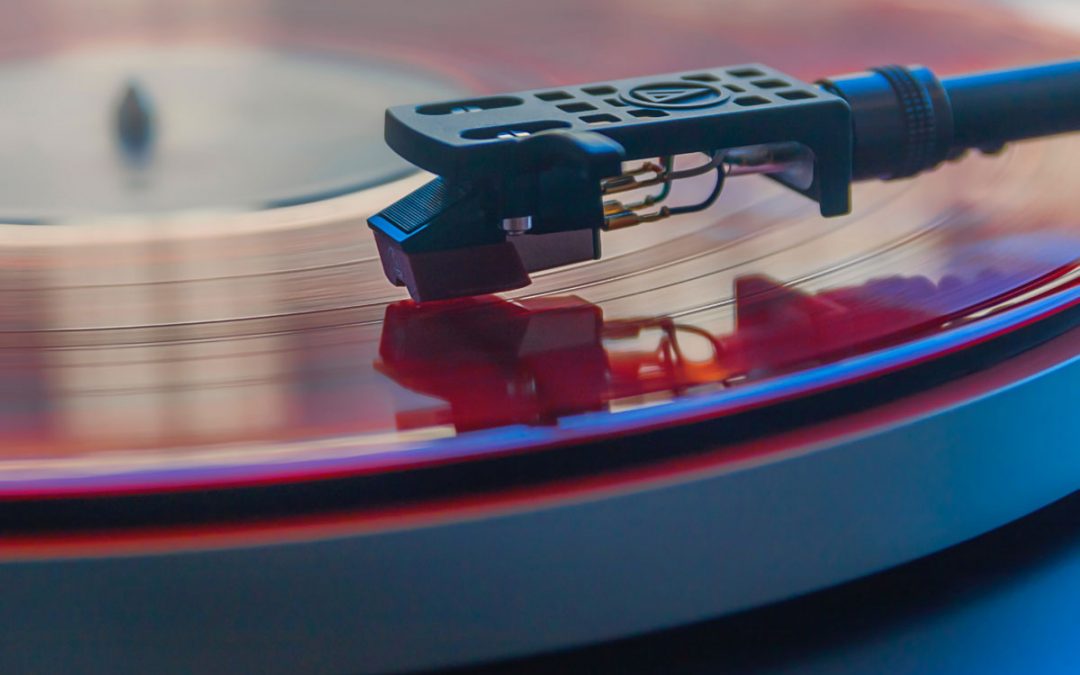 When was the last time you REALLY listened to jazz?

Interview: ANU Associate Lecturer Greg Stott on the Art of Jazz Guitar Comping, Practice Tips in The Woodshed and More

Today I want to share with you a fabulous conversation I had with Greg Stott, Associate Lecturer and Resident Jazz Guitarist at the Australian National University.
In this podcast, Greg delves into:
– The biggest mistakes jazz guitarists make when it comes to practicing
– Greg’s thoughts on jazz online education and how it compares to more traditional university based teaching
– A sneak peek of Greg’s brand new albums coming out soon
– and much more…
We also talk about the latest FretDojo Academy jazz guitar comping course that Greg Stott and I collaborated on, and the reasons for why mastering comping is an essential requirement for anyone wanting to call themselves a pro jazz player.
(To get a 14 day trial to the Academy to get instant access to this new course go here: https://www.fretdojo.com/signup-offer/
Podcast episode URL: https://www.fretdojo.com/podcast004/
*For more jazz guitar lessons, tips and free stuff, visit https://www.fretdojo.com 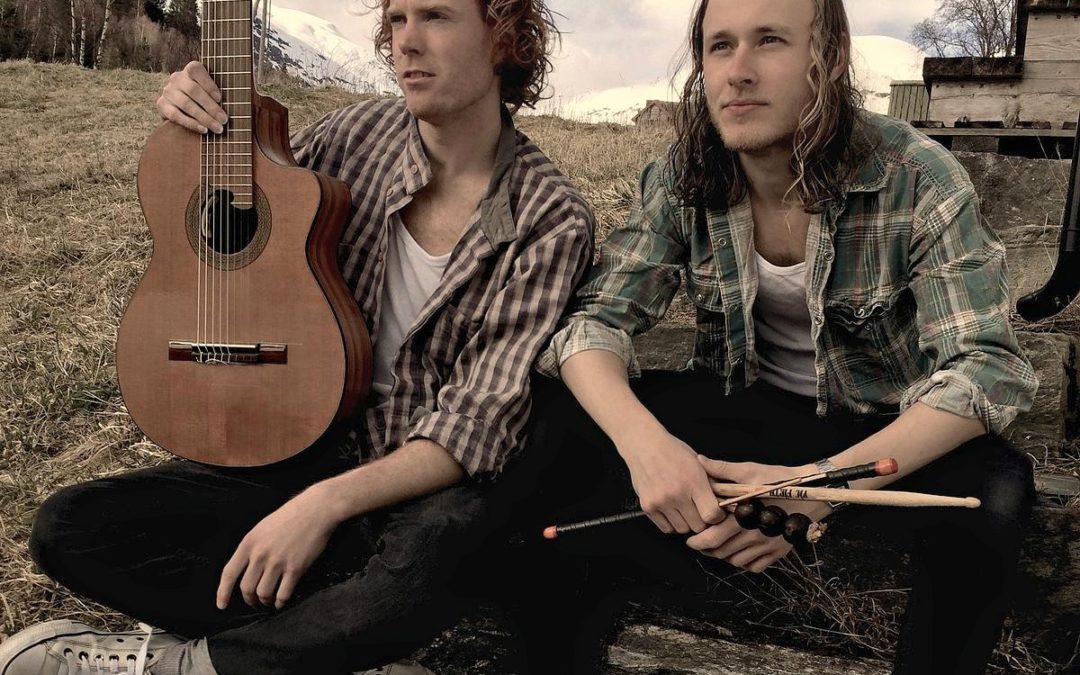 This time on FretDojo, I’m excited to share with you an interview I recently had with world-wide touring latin jazz guitarist from Norway, Per Olav Kobberstad.

Per Olav is one of those young, modern Latin jazz guitarists that are a breeze of fresh air and who are bringing all-welcome innovations to the genre.

Just check out his credits:
– Per Olav is one of the few in the world playing 8-string acoustic guitar
– Released his debut album “Os Rios, As Ligações” with some of Brazil’s top musicians in 2014
– Album “Colonial Colors” was released together with Alf Wilhelm Lundberg in 2016
– Per Olav recorded his latest album “Cachorro À Vista” with one of the most legendary percussionists in Brazil, Robertinho Silva (known to play with Tom Jobim, Wayne Shorter, Weather Report, Milton Nascimento, Herbie Hancock and many more).

In the interview below, I go on a deep dive with Per Olav where he reveals how he started with Latin jazz, what led him to tour the world, his time gigging in Brazil, as well as how he approaches jazz guitar and composing music.

It’s time to get up close with Per Olav – I suggest you bring a notepad as there are golden tips inside this interview.

Get a 14-day trial for just $1 by signing up here: https://www.fretdojo.com/signup-offer 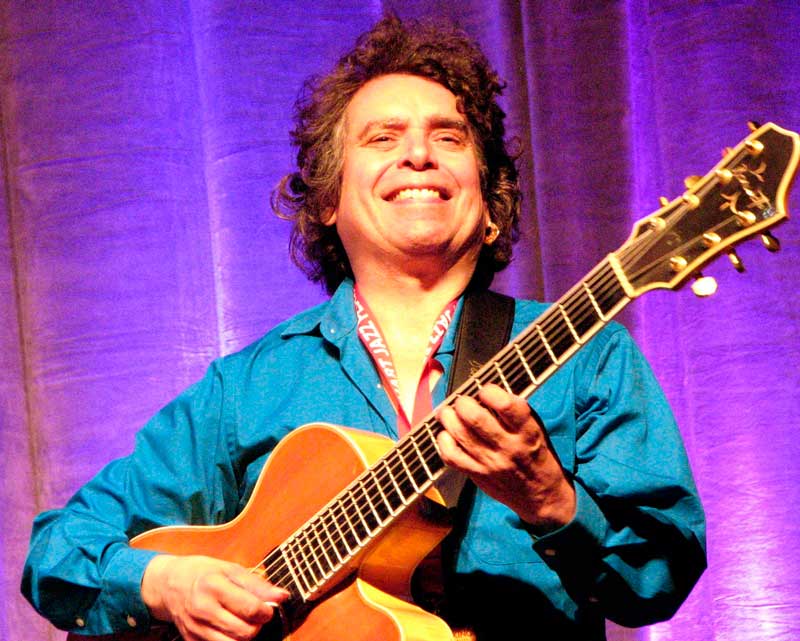 This week on FretDojo, I’m happy to share with you an interview I recently held with internationally acclaimed jazz guitarist Howard Alden.

Howard is one of the leaders of jazz guitar in the modern era. His accolades include:
– Student the Guitar Institute of Technology in 1977-78 with Herb Ellis, Joe Pass, and Howard Roberts
– Collaborations with Dick Hyman, Dan Barrett, Bucky Pizzarelli and many others
– Alden recorded the guitar performances for Sean Penn‘s character Emmet Ray in Woody Allen‘s 1999 film Sweet and Lowdown – and taught Penn how to mime the performances for the film(!)
– Recorded many albums with Concord Records as well as other labels, including four with the famed 7 string jazz guitar innovator George Van Eps
– Has been the recipient of many awards, including: Best Emerging Guitar Talent, JazzTimes (1990), Guitar Player of the Year, American Guitar Museum (2003), Top 75 Guitarists, Down Beat (2008)

Jazz critics have said of Howard Alden that “He may be the best of his generation” and “the most impressive and creative member of a new generation of jazz guitarists.”

In the interview below, I go on a deep dive with Howard about his journey with jazz guitar from a youngster to where he is today. I also ask Howard to reveal his secrets for how to maximise the results you get in the practice room – there were some fantastic tips Howard gives in this interview that you should definitely pay attention to.

Get a 14-day trial for just $1 by signing up here: https://www.fretdojo.com/signup-offer